Emerging country star, Roman Alexander, has released “Bad For Me,” the follow-up song to his long-awaited debut single, “Cocktail Conversations.” “Bad For Me” is the first song that Alexander wrote with acclaimed writers, Jerry Flowers (Keith Urban, Sam Hunt, Jason Aldean, Billy Currington) and Jared Keim (Rascal Flatts, Chase Wright, Granger Smith). For Roman, after a few quick melody ideas, the thought of someone being so good for you that it’s toxic, felt like something worth writing about. The result is “Bad For Me“; an incredibly relatable commentary on unhealthy love that so many of us have experienced.

“Bad For Me” and “Cocktail Conversations” are the first two singles from Alexander’s forthcoming EP, Between You & Me, out November 13. You can pre-order and pre-save Between You & Me by clicking HERE.

“Bad For Me” and “Cocktail Conversations” are just a preview of what’s to come on Between You & Me. Alexander says, “This EP is two years of figuring out how I wanted to introduce myself to country music. Each song is an experience I’ve had… even the song I didn’t write, “Girl Trouble.” “Between You & Me” is myself wanting to tell my audience who I am from start to finish. I wanted it to express timelessness, cleverness, passion and romance. All I can say is that this EP is me.”

Roman Alexander has assembled a collection of songs that proves he’s paid his dues, honed his craft, and is now ready to stake his claim in country music. 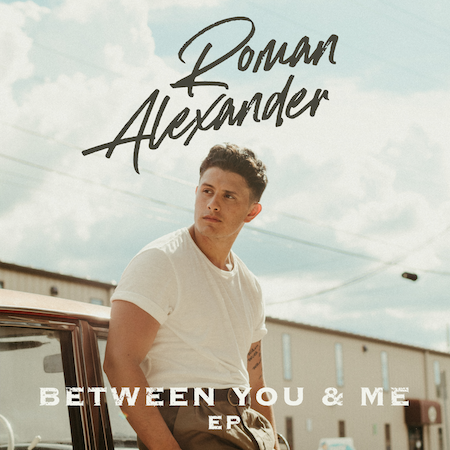 Between You & Me EP Track Listing

1. Beautiful Girls
2. Girl Trouble
3. Bad For Me
4. Between You and Me
5. Cocktail Conversations