By now you have probably heard of Justin Bieber, unless you’ve been living under a rock for the past seven years. Justin Bieber is a Canadian singer and songwriter known for hit songs such as Baby, As Long as You Love Me, and Love Yourself. American electronic music band Major Lazer just released their new single Cold Water featuring Justin Bieber and MØ on July 21st, 2016. Let’s take a closer look at the new track.

The song starts off with, “Everybody gets high sometimes, you know What else can we do when we’re feeling low? So take a deep breath and let it go. You shouldn’t be drowning on your own.” There has been speculation surrounding the song about the meaning of the new single. So, what is the true meaning of Cold Water? After many different outlooks on the song, the real meaning behind this song is coming together to face difficulties and to say that you have your partner’s back no matter what the situation may be. 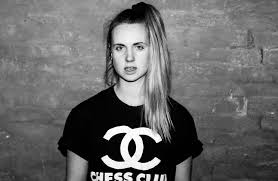 The song definitely sends a very positive message. That message being that it doesn’t matter what you, your boyfriend or girlfriend, husband or wife get into, if you truly love somebody as much as you claim to, you will do whatever it takes, no matter the consequences.

How far would you go for someone you love? Huge congrats on making Cold Water the #1 song in the world, Justin, Major Lazer, and MØ!