Up and coming country music sensation Nathan Merovich has released his highly anticipated first album “Raised in the STX” just in time for Summer. The record, which takes inspiration from traditional country music, is perfect for those late night drives with the windows down. Download Link: https://soulspazm.ffm.to/raisedinthestx

Merovich, only 23 years old with a Brad Paisley-esque singing voice, has accumulated over 200,000 streams from his first few singles released last year: “90 Proof Poor”, “Mama’s Song”, and “More Like Midnight”, which are all included on the album. He also has made a name for himself in the touring world, opening up for country acts such as Chris Janson, Caylee Hammack, Big & Rich, and many others. Merovich has started to book a formidable and very welcome summer tour including two festivals with more to come.

Taking inspiration from classic country music legends such as Johnny Cash, Willie Nelson, and Hank Williams Jr., the Pennsylvania native began playing guitar at the age of 7 and always dreamed of being able to perform country music and make a name for himself, as he describes in the song “Chasin’ Dreams”, which includes the lyrics “The Friday night lights made me come alive/not the kind that shine bright on the fifty yard line/I’m talkin’ bout a spotlight on a big stage where it feels like home”, which is exactly where Merovich belongs after this album’s release.

A romantic moment in the album occurs during “More Like Midnight”, a slower, Morgan Wallen-type song describing having such a good time on a date that any curfews will be ignored, reminiscent of high school love and first date jitters.

In the title track “Raised in The STX”, Merovich references classic country legend Hank Williams Jr.’s classic lyric “a country boy can survive” as he croons about his hometown, family, and memories in a place referred to as “STX”, meaning a spot in the country far away from any sort of city or town.

Another highlight on the album is one of his singles, “Mama’s Song”, a powerful ballad about not only the love and support of a mother while her child chases his dreams, but that of God as well. Lyrics include, “Between the man above and a mama’s love/I’m not anchored to defeat/They both pull me up/I can feel the love/I’m workin’ on the man I’m meant to be”.

Perhaps what Merovich does best is his versatility. Ranging from upbeat, honky-tonk jams you’d hear at a Nashville bar to slow, gut-wrenching ballads, Merovich does it all and there is a song for everyone on “Raised In The STX”, a glorious debut from a young country singer who is poised for stardom. 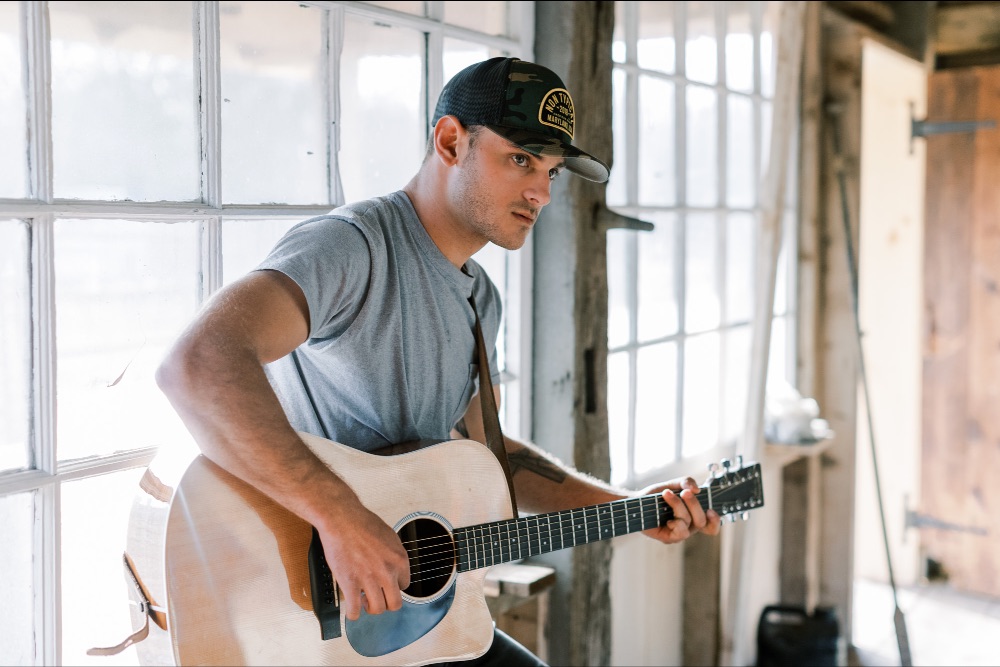 Rising country star Nathan Merovich’s natural twang and four octave range will pull you in right from the first note. The 23-year-old Dillsburg, Pennsylvania native began playing guitar at the age of seven. He drew inspiration from the greats: Johnny Cash, Charlie Daniels, Willie Nelson and Hank Williams, Jr. Today, Nathan is steadily making headway in the country music world, opening for acts such as Big & Rich, Chris Janson, Dylan Scott, Cowboy Troy, Filmore, Seaforth, Caylee Hammack, Sam Grow and many more. July 2019 saw the release of his first single, “90 Proof Pour.” It’s since accumulated more than 175,000 streams. “Mama’s Song,” Nathan’s second single, was released last fall. It has already garnered more than 80,000 streams. His upcoming debut album was produced by Ace Lutz and recorded at Nashville’s County Q Studios. It features contributions from Bruce Bouton, Dane Bryant, Carl Minor, Paul Scholten, Sam Hunter, Tim Galloway and the late JT Corenflos. Touching upon everything Nathan enjoys and holds near to his heart, the record has a song for everyone.