Taylor Swift Would Return to Spotify Under These Circumstances 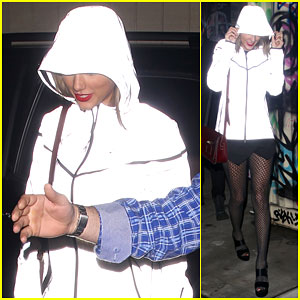 Taylor Swift stays under the cover of a bright, white jacket on Wednesday evening (February 4) in Los Angeles.

“[Taylor‘s catalog] is arguably the most important current catalog there is,” Scott told The Hollywood Reporter. “When I went to her and said I want to pull the whole thing, she was completely in. Would I have done it if she didn’t want to? No. We want to make sure that the songwriters [and] publishers have a voice in this, that everybody has some acknowledgement of who is being affected by this system, and she was the loudest megaphone.”

He continued, explaining that in order for her to return to Spotify, it would need to be “a company that understands the different needs” they have.