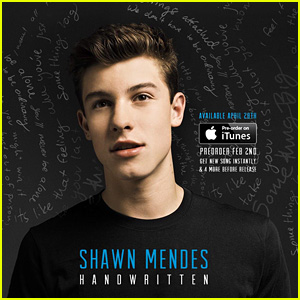 The 16-year-old singer/songwriter announced the exciting news during his appearance on The Today Showon Tuesday (January 27) in New York City.

Shawn took the stage and performed his big hit “Life of the Party,” as well as a new favorite of ours “A Little Too Much.” Watch below!

“Guys ! My debut album #Handwritten is out April 28th ! Pre-Order on iTunes this monday Feb 2nd & Ull get a newsong instantly plus 4 more new songs before the album comes out ! #ShawnsAnnouncement,” he captioned his cover art on Instagram.

Visit NBCNews.com for breaking news, world news, and news about the economy