Seth Michael Releases a Romantic Country Single “She Got a Thing”

May 7, 2021 (Nashville, TN) – Seth Michael introduces us to “She Got a Thing” with a simple, yet specific and clear description of a woman. The single dropped at midnight and made it’s debut on Apple Music “Best New Song” Playlist. His imagery of her taste for red wine and 80s music gives us a small snapshot of who she is. He continues to paint a vivid picture of warm summer nights and falling asleep under the lights of fireflies. He seems to be recalling memories with this woman, retelling us in a tender and reflective description. The lyrics shift to the first person, as Michaels explains why he’s lucky.

The full band joins in on the harmonious and catchy chorus, where he shares: “she’s got a thing for turned-back hats,” “holes-in-jeans,” and “two left feet.” Michael scales back the instrumentation and elongates his words as he draws out, “and I thank God that she got a thing for me.”

Michael’s bright and descriptive imagery pulls us into the narrative, where we can see a charming and relatable woman who loves things like half-priced coffee and discount clothes. The sweet simplicity of the lyrics matches the wonderstruck quality in Michael’s tone when he sings about this woman. He effortlessly fuses the emotion of the song with the warm, resonant melody behind him. Michaels repeats the chorus again with even more passion than the last time. His rich voice echoes how thankful he is that this woman has a “thing” for him.

“She Got a Thing” is like a scrapbook of memories: we can see each snapshot Michael captures of this woman, and then of himself. Even though we don’t know anything about their relationship, this song beautifully illustrates a quick postcard glimpse. 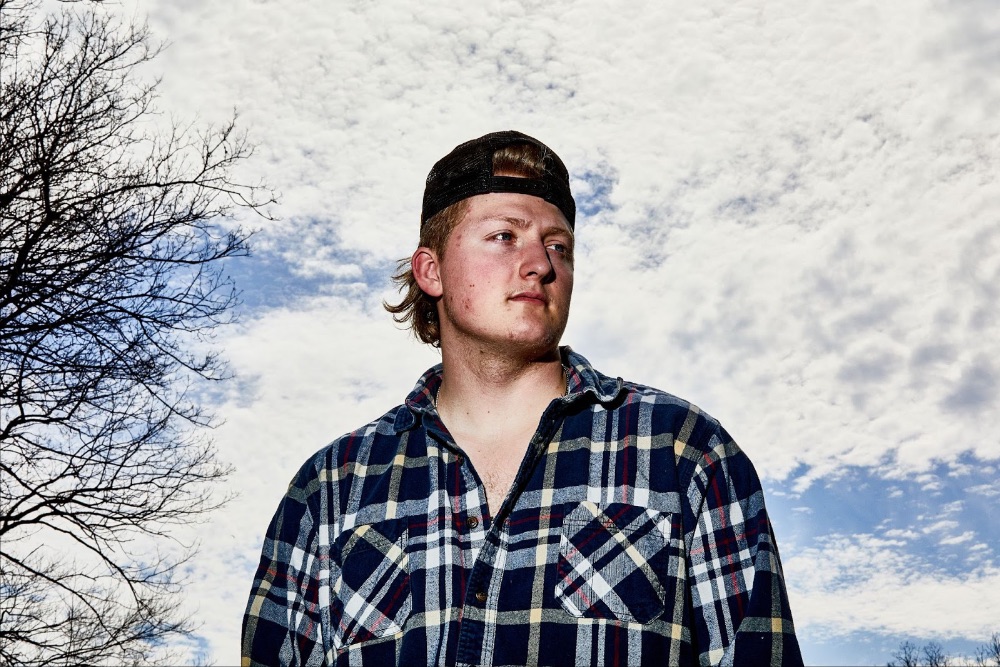 Biography: Nashville recording artist, guitarist, and singer-songwriter Seth Michael first began belting out tunes in his Buford, GA home at the tender age of five. It was at this young age that his passion for country music began to develop. He quickly realized that his voice was a gift, and by the time he was 12 years old, he was singing in front of the chart-topping trio Rascal Flatts.

“I had an aha moment when I sang with them at a meet-and-greet and they told me I could make a career out of it,” Michael explains.

A few years later, the ambitious Peach State native would pick up a guitar for the first time and begin writing original music. As a Southern boy influenced by some of the world’s greatest country singers, Seth found he had a natural ability to write about his memories of growing up on Lake Lanier and his personal experiences with love and heartbreak.
His first EP “Already Gone” features raw, soulful lyrics that tug at the heartstrings. Tracks such as “Hard to Get” showcase the smooth, uplifting sound of Michael’s unmistakable voice, one that’s bound to define the next generation of country music. In 2020, he cut “Tonight,” a song written by Scott Patton, the musical director and guitarist for award-winning country duo Sugarland.

Michael’s live performances highlight his natural talent and infectious passion for doing what he loves. He has had the honor of playing iconic venues such as the Atlanta Colosseum and Wrigley Field. In 2019, he joined forces with Justin Moore, LOCASH, Lauren Alaina, Lindsay Ell, Teddy Rob and Russell Dickerson to put on a benefit concert for St. Jude Children’s Research Hospital.  At just 19 years old, it’s safe to say Michael is ready to take the country music world by storm.

“I am an aspiring country artist wanting to make an impact and be the next spark of light to emerge in country music history,” Michael says.

With a new single on the way and a freshly minted distribution deal with Heart Songs Records under his belt, there is no doubt that Seth Michael is about to set this industry alight.