May 14th, 2021 (Nashville, TN) – Rising Indie-Pop Artist Kimi Kazee released her new single “Live With It” today, which exclusively premiered on Music Crowns. “Live with It” describes Kimi’s struggles of dealing with self-doubt and difficulty conveying her emotions, and how she feels like sometimes she has to just “live with it” when things may be too hard to say. “Live With It” is available now on all streaming & download platforms. Click here to listen: soulspazm.ffm.to/livewithit

“Your situation will only be as good as your perception.” – Kimi Kazee

Kimi Kazee’s single “Live with It” is hauntingly beautiful, filling the listener’s mind with oscillating synthesizer, a strong, driving backbeat, and reflective and powerful lyrics. Kimi masterfully created every aspect of this song and her passion for its story truly shows.

“Live with It” is a personal, raw statement about the struggle of feeling alone with your thoughts, and it’s vast and skillful creation paired with Kimi’s melancholy and poignant lyricism make this single an instant standout for the up and coming indie-pop artist. 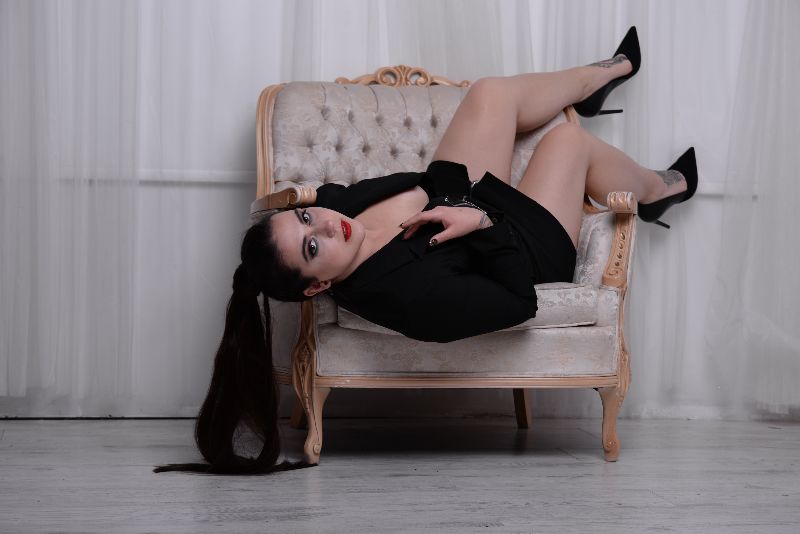 Like her Japanese kamikaze namesake, Kimi Kazee has come crashing into the music industry with no holds barred. Based in Montreal, Kimi has a background in spirituality, visual art, and audio production. While she develops her craft in her bedroom studio, Kimi’s creations always come back to identity, individual growth, complicated relationship dynamics, and mental health.

Her debut single, a punch EDM-inspired track, “You Caused It,” was released December 4, 2020 and focuses on the aftermath of a messy breakup. With exposing lyrics, catchy hooks, and haunting vulnerability, Kimi Kazee cements herself in the pop-EDM world with a distinctive sound resembling DVSN, Joji, and Kiiara.

With her background in audio production, Kimi creates every beat from scratch and developed her craft during her post-secondary education. She fully jumped into her career in 2017 and began strategizing and writing shortly thereafter. Kimi Kazee will be releasing an  EP “Live With It” in 2021.